Home » How to Tell if Fentanyl is Present: Meet Beth Weinstock of BirdieLight
For the Family & Loved Ones

How to Tell if Fentanyl is Present: Meet Beth Weinstock of BirdieLight

How to Tell if Fentanyl is Present: Meet Beth Weinstock of BirdieLight

cathytaughinbaugh.com/fentanyl-meet-beth-weinstock/Our young people are dying because of fentanyl.

Fentanyl is the number one cause of death in 18–45-year-olds and by a wide margin.

People are dependent on drugs laced with fentanyl. Or they take a pill, not realizing fentanyl has been mixed in.

According to the CDC’s National Center for Health Statistics, there were an estimated 100,306 drug overdose deaths in the United States during the 12 months ending in April 2021. This is an increase of 28.5% from the 78,056 deaths during the same period the year before.

It is a startling statistic that is not getting enough coverage.

Our young people take pills or other drugs without realizing that they could be deadly.

And too many families have to deal with the consequences.

Today I’m interviewing Beth Weinstock, who lost her son, Eli, due to an accidental fentanyl overdose. She and her daughter, Olivia, have created, BirdieLight. This is an organization to help spread awareness about the dangers of fentanyl.

Can you tell me a bit about Eli?

Eli was twenty years old when he died. He was in his off-campus apartment at American University. Eli was thriving in his life as a young adult, and he had a wonderful GPA. Eli had joined a fraternity and was a creative, quirky kid.

He loved to build things and spent hours working on legos and elaborate artistic creations. He became a video and filmmaker through high school. In addition, he was always hatching a grand scheme to make something with his friends.

He was a complex guy and struggled at times through high school with anxiety. As a teenager, he was worried about social issues or his grades. Then by the time he got to college, he had worked through a lot of that. He was thriving at the time of his death.

It’s hard to manage, no matter when it happens. But in a sense, it was more devastating because Eli had been doing so well. He died of unintentional fentanyl ingestion. We think Eli had taken a pill either to relax or who knows why. But he took something that he presumed to be a certain pill. It had fentanyl in it.

That is what ultimately what killed him.

What is BirdieLight? What is your mission, and what do you hope to accomplish with your organization?

About five months after Eli died, my daughter Olivia and I were talking. There are staggering statistics regarding young people dying from opioid addiction complications, overdose, or in Eli’s case, a poisoning issue where fentanyl is being laced in different types of drugs.

Olivia and I couldn’t believe the numbers. They are staggering. And we thought, what is not being done about this?

We looked at it closely. And we realized that one niche that needs more support is education for high school and college students. They are essentially often unaware of where fentanyl can be found.

As we brainstormed about what we could do about it, we thought we were perfectly positioned to make a difference because I have my medical background. Olivia is a twenty-two-year-old in a startup community. She runs her own business and knows a lot about audience outreach, marketing, and social media.

Between our two talents and the power of grief, we realized we could get in front of young people. We could teach them about fentanyl, where it’s found, how to avoid it, and ultimately how to test for it with fentanyl test strips.

How are you approaching the outreach about the dangers of fentanyl?

There is so much momentum, and we’re connected with people in many different directions. Our main focus is to find every avenue that we can find to get into schools, college campuses, parent groups. The way we’ve done that is three-fold. We have small groups at our home. We’ve invited in the Ohio region, multiple parent groups, kid groups, and we speak to them directly. It’s very personal. The second avenue is that we get to college campuses.

We kicked off our first event at American University, where Eli attended. Next, we went to Washington D.C. and held small groups and larger group tabling events on their campus. We also had conversations with the administration. We have multiple college events on our schedule for the new year. So we’ll repeat that on different campuses.

The third arm of what we’ve done is with stakeholders. Drug enforcement agencies, the Department of Health and Human Services, harm reduction efforts in Ohio and nationally. We are getting integrated with the efforts that they are doing and partnering with them. For example, if a harm reduction organization is passing out Narcan here in Ohio, we would collaborate with them to also bring our knowledge and fentanyl test strips to an event that they are going to so that we can also educate young people. 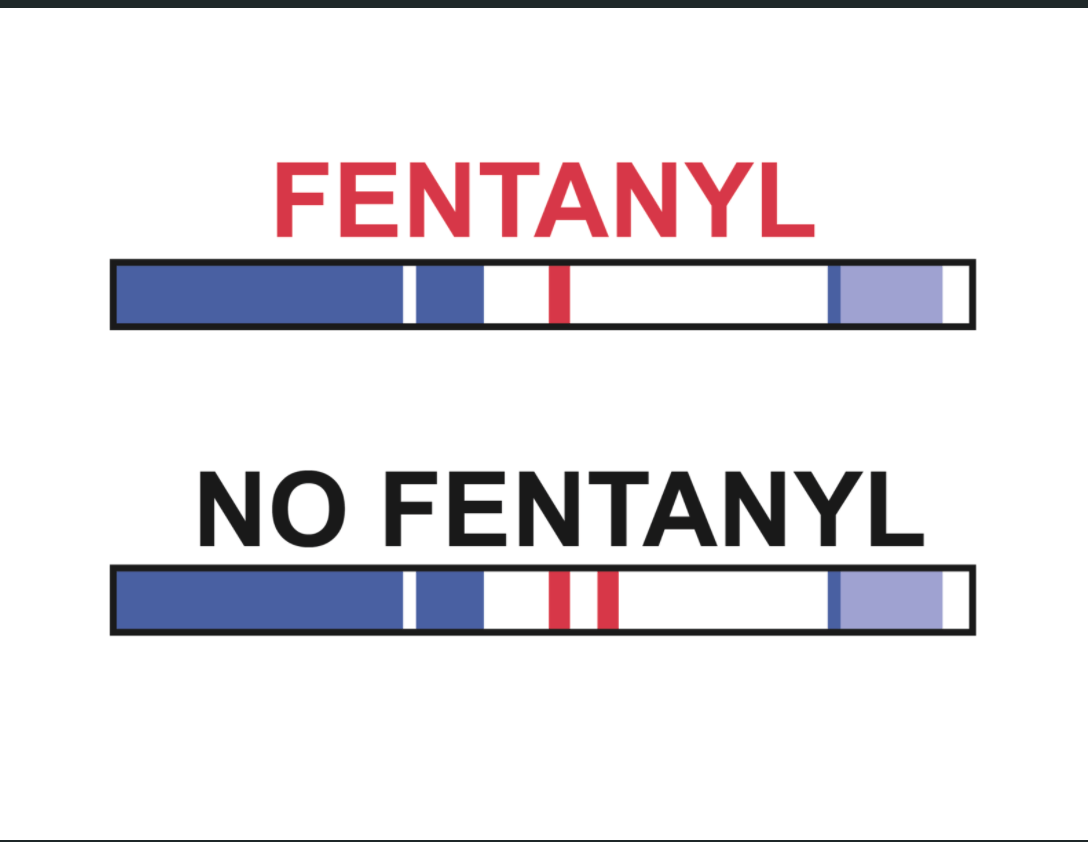 If someone wanted to get fentanyl test strips, how would that happen?

Our preference, mainly when we are talking to young adults, is to pass them out with education. We will be in front of them, teaching them how to use them on each separate type of drug so they use it correctly. That’s our first preference.

My first ask would be if there is a group that needs test strips, invite us out to talk to you. And that is what our focus on fundraising is. We raise money so that we can travel and also purchase strips.

Practically, that is not always possible, so maybe it’s just one person who wants a handful of test strips. We will mail them to individuals, but we ask that they watch a video or talk to us about how to use them.

The third part of that is that we are only four months old. But we’re growing so quickly. One of our goals is to have a very professional video that explains how to use the test strip with each drug. If I were to mail you some strips, particularly in rural areas, I’d also email you the video. That is our goal. We haven’t gotten to the professional video yet, because we are so new. Our preference is to be a very personalized group setting education tool to teach you how to use the strips.

What final words would you have to share with parents?

For parents, particularly, the most important thing I’ve learned is that many parents think of fentanyl as something found in heroin. It’s off in the dark places we don’t think about with our children.

“My sixteen-year-old doesn’t use heroin, so why do I need to worry about this?”

I would stress to parents that it is the old fentanyl story. The new fentanyl story that we are dealing with is that fentanyl can be found in anything your kids take.

It could have fentanyl in it.

If you decide one day at a big fraternity party or any party, you want to try cocaine for the first time; cocaine can have fentanyl in it. Parents need to understand that anything their child takes, and I do mean anything, could have fentanyl in it. We try to stress that to parents and hopefully have them stress it again to their kids or college-age students.

Beth Weinstock is a poet and physician from Columbus Ohio, and also a mother of four whose eldest son Eli was murdered in March of 2021 when he unintentionally ingested fentanyl. In honor of Eli, she and her family founded BirdieLight, an organization dedicated to ending the senseless loss of young people due to fentanyl poisoning. She is a physician at Equitas Health and primarily cares for individuals infected with HIV and Hepatitis C. In 2019, she completed an MFA in Poetry at Bennington Writing Seminars, and prior to Covid had taught poetry workshops to medical students, veterans, and incarcerated individuals. Her poems are forthcoming in RHINO Poetry and Cutleaf Journal, and have been published recently in Greensboro Review, The MacGuffin, Global Poemic, Harpur Palate, Headline Poetry, and Press, South Florida Poetry Journal, and High Shelf Press, as well as book reviews in Longleaf Review. She has been nominated for Best New Poets anthology and is a finalist for the 2021 RHINO Poetry/Founders’ Prize and the 2022 Tennessee Williams/New Orleans Literary Festival Poetry Prize. She is currently working on her first book-length manuscript.

Thank you for reading. I know you have many options on content. Don’t forget to sign up for the Sunday newsletter with information and inspiration to help parents.

All In Solutions Counseling Center is a behavioral health network of addiction treatment providers. We inpatient & outpatient substance abuse treatment programs that are individualized to meet each client’s needs. Our specialized programs include:

Newer Hard Conversations: Talking With a Loved One About Their Drinking
Back to list
Older Why Can’t An Alcoholic Have One Drink