Cocaine is addictive because it causes a rush in the brain of dopamine, which increases pleasure feelings. Cocaine can be difficult to quit because it alters the chemical composition of your brain.

According to the National Institute on Drug Abuse, more than 14 percent of Americans aged 12 and over have taken cocaine in their lives. There has also been a 29 per cent increase in deaths from cocaine overdoses between 2001 and 2013.

You can inject, smoke or snort cocaine. The effects of cocaine are usually brief, depending on how they are administered. Typically, the high lasts between 5 to 30 minutes. The euphoric effects of cocaine use don’t last long so it is often used in combination to prolong the high.

Tolerance and dependence can be quickly developed by consistent use. It is easy to become addicted to cocaine by feeling the need for more. Cocaine can make an individual more talkative, hyperactive, and may have a reduced appetite. The drug also increases blood pressure and heart beat, causing an increase in energy and better ability to stay awake.

It is possible to experience a crash period of heavy eating or sleeping when it is gone. 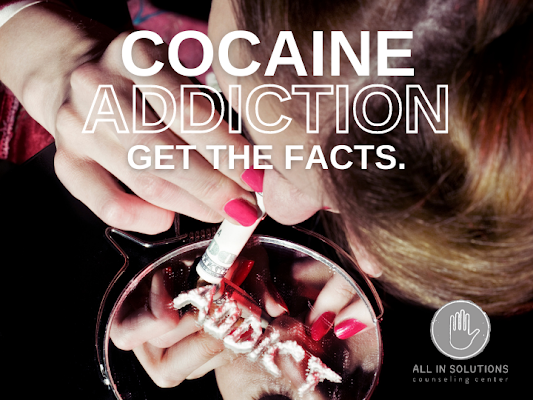 It can be difficult to determine if a loved one is addicted to cocaine. A suspected addiction can be categorized on a scale from mild to severe. This is determined by the impact that cocaine use has had on an individual’s lives.

You should also be aware that there are psychological signs and behavior associated with cocaine addiction.

The withdrawal symptoms that occur when the drug is not present are another sign of a cocaine dependency. The brain becomes unable or unwilling to produce regular dopamine levels due to the high dopamine levels in cocaine. This causes the desire to continue using, despite adverse consequences.

Sometimes withdrawal symptoms appear as soon as the drug is gone. They are usually more psychological than they are physical. There are many stages to withdrawal. The worst symptoms can occur within the first month of stopping drug use. While every person’s withdrawal journey is different, there are some common symptoms.

Cocaine Addiction and its Health Impacts

Along with withdrawal symptoms and signs of addiction, long-term health effects can result in permanent damage to the body. Long-term effects of cocaine use can have a negative impact on the heart, lungs and brain as well as the kidneys and gastrointestinal system. There are potential for individuals to experience:

These side effects can lead to stroke or heart attack. Overdosing can also be dangerous and could result in death within a matter of minutes. The frequency and intensity of cocaine use will greatly affect the severity of its effects.

All In Solutions Counseling Center is a drug and alcohol abuse treatment network. We outpatient & inpatient substance abuse treatment programs that are customized to meet each client’s needs. Our specialized programs include: